I’m a theoretical physics enthusiast. I’m a novice. There’s a lot I still don’t understand about the topic. This post contains musings that may be based on incorrect assumptions or understandings on my part. I’d love to be corrected and connect with people who understand the subject better.

Email me at hello@deluge.space or reach out on Instagram if you’re interested in exchanging a few friendly novice emails 👋🏻

In Einstein’s theories, nothing can move faster than the speed of light.

I realize that any well educated physicist would call me stupid for this…and I accept my ignorance. I’m learning. But hear me out.

Einstein’s intuition kept him from fully embracing some of the discoveries of quantum mechanics. He called it “spooky action at a distance.” But time and time again, the predicitions of Quantum Mechanics proves to be infallible. But maybe, that’s not good enough.

Maybe, there are particles that are able to move faster than the speed of light. Maybe the spectrum is broader than Einstein imagined. Dark matter is beyond the spectrum. Full of stuff we don’t understand. Particles popping in and out of existence, barely existing at all. Yet playing a part in the majority of the universe. The dark energy.

When measuring the results of an “spooky action at a distance” style experiment, all I hear about is “heads/tails” binary measurements. I understand that there is a fundamental limit to how/what can be measured…but the other term I hear is “spin”.

I’d describe it (poorly) as Spin -> Results = Up or Down…I’ll come back to this in a later post. The point being,

My point is that the descriptions I’ve heard thus far, are essentially binary in nature.

But is there more to measure than simply up/down? Is there something more akin to analog than digital?

Are experimentalists only measuring spin up and spin down?

We need more precise measures of the spin. (I need to learn more about “spin”.)

If this more “analog” vs “digital” (not literal, just painting a picture here) measurement  differs between those particles, then what does that tell us?

If the measurements are not aligned, then this communication is not happening “instantaneously”, but it is happening faster than the speed of light. I’ll try explain this, for the sake of pursuing and analyzing [potentially bad] idea.

If it turns out that, even with this [non-existent & hypothetical] faux-analog measurement, then this is evidence that there must be some intermediary. Like a processor that syncs the two based on a call and response.

This would disprove the fundamentals of quantum entanglement (which we haven’t been able to properly explain anyway). This “spooky action at a distance” idea needs to be thrown away. Einstein never bought in to it. YES the calculations are accurate. Yes it works, explanatorily. But there’s more to it.

All of this leads me to wonder, maybe these quantum particles are the exception to the speed of light.

70-something percent of the universe is made of dark matter and dark energy.

I am postulating [informally, as I am informally educated. Also likely ignorantly…] that light, as we know it, is not the fastest thing in the universe. Dark energy, dark matter, the stuff we can’t measure but somehow affects these particles from a “spooky” distance…this must be the stuff that is faster than the speed of light.

Now, if the two electrons are spinning…in the state of quantum superposition…

If it IS instantaneous, then this is evidence of an intermediary.

There is something connecting these two entangled particles. Something processing them.

I’m not talking about the observer–as has been alluded to in other explanations of the theory.

But some other connection, cause, and effect.

Now, step one for me, as of June 1, 2019, is to now understand HOW electrons become entangled…

Note that this is for entertainment. I love a good puzzle. But I also hope to inspire people who do understand this, and can create a better future. I will post about this soon, and I will describe why it is important.

PS: Check out my song “Music For A Mild Nightmare” on Spotify and iTunes. It’s inspired by this stuff.

You start to notice in common things. Your computer crashes, for example. Or your “check engine” light turns on. Or, it doesn’t need to be technical: you need new 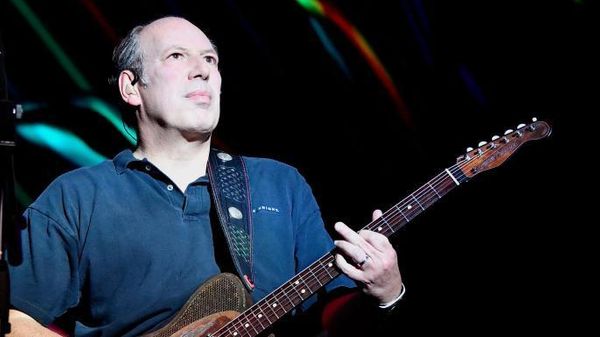 I signed up for Hans Zimmer’s film scoring MasterClass series. I signed up because I would genuinely love to score music for a video game, trailer, commercial, film, etc.